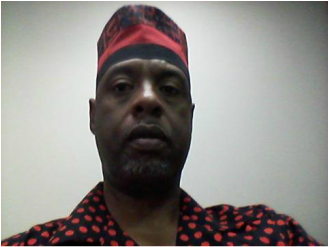 Kenny Anderson is a Sufi and Reiki Master; he is the originator of Hane Enso-Reki© and Heart Circle Feather Reiki Treatment©. A Sufi practices Sufism a 'Heart-Centered' spirituality; the term Sufi originates spiritually from the Ancient African Egyptian word ‘Seph/Soph’ meaning wisdom seeker and purity of heart.

A Sufi is a ‘Sojourner’ who takes hold of their energy centers (Latifas, Chakras) daily clearing and directing them to the main spiritual energy center ‘the Heart’. For a Sufi the ‘Heart’ has two meanings; one denotes the body’s most vital part which is located in the left part of the chest and resembles a pine-cone.

With respect to its structure and tissue, the heart is different from all other bodily parts: it has two auricles and two ventricles, is the origin of all arteries and veins, moves by itself, works like a motor and like a suction pump moving blood through the system.

The other signifies the biological heart’s spiritual aspect as being the center of all emotions and (intellectual and spiritual) faculties, such as perception, consciousness, sensation, reasoning, and willpower. A Sufi's perspective of the Heart is the forerunner basis of the current new field of Neurocardiology's 'Heart Intelligence'.

Sufis say an individual’s real nature is found in the Heart - it is the 'seat of wisdom and compassion'.  Following a wisdom path a Sufi searches for what is true, right, and lasting; this way requires learning ‘Light-Heartedness’ by letting-go and not being burden down by daily life occurrences and adversities that can accumulate causing a ‘Heavy-Heart’.